Living so far from home I constantly think of my family. I miss my mom and dad a lot. Well lucky for me my mom must innately get that as she sends me random cards all the time. They some always arrive on a day that I am struggling and just want it to be 3:30 already. The latest made me cry (not the first one). My favorite was a blank black card with white writing that said: "This card had no purpose" and when you opened it, it said "but I sent it anyway" :)
The most recent was this one: 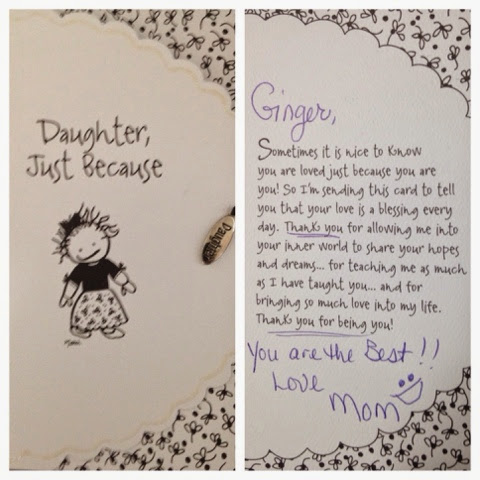 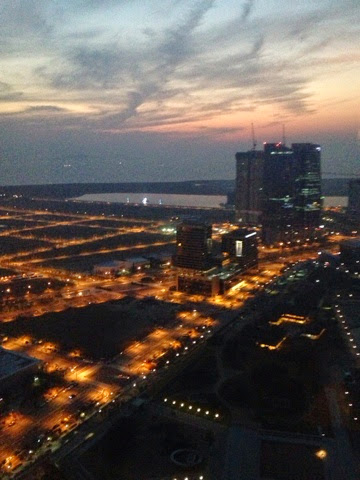 Two weeks ago we were invited to an all Songdo event that happens once a month. Many of the teachers at school chose to attend this one as it was at the Oakwood which is currently the tallest building in Korea. The hotel lobby is on the 36th floor.
Well we were given wine and some nibbles but not anticipating this turn out the hotel very quickly ran out of both. Glad I had some when it was available!
They also did room tours of the rooms so we could see the new hotel. Well we a bit silly because a friend dared us to take a picture on one of the new beds. Well it escalated from there. The evidence follows :). These transgressions were in cooperation with jessica Nelle, who I worked with in California and is now working here, and her husband Brian. 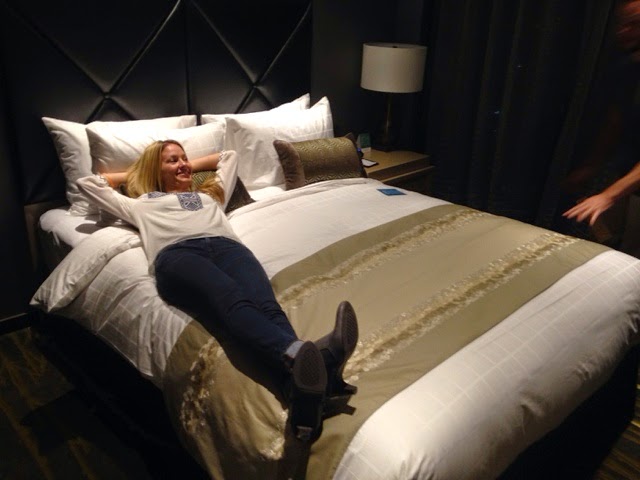 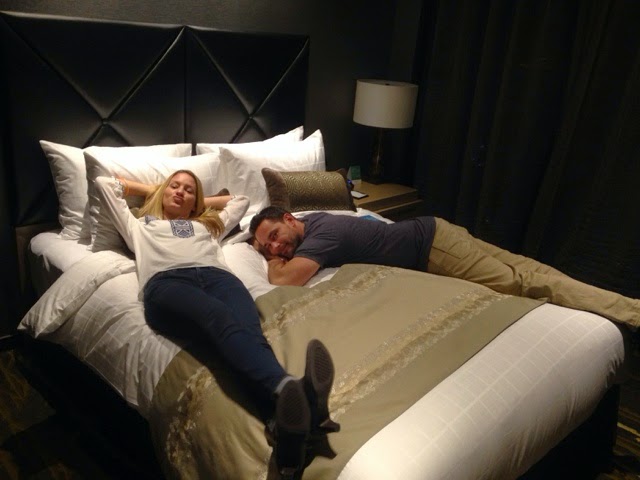 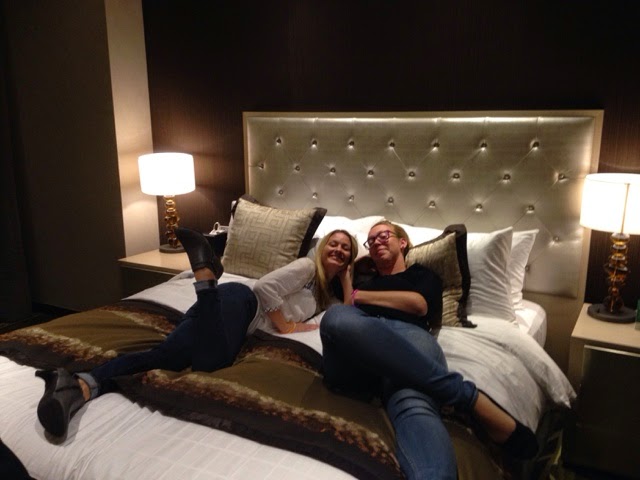 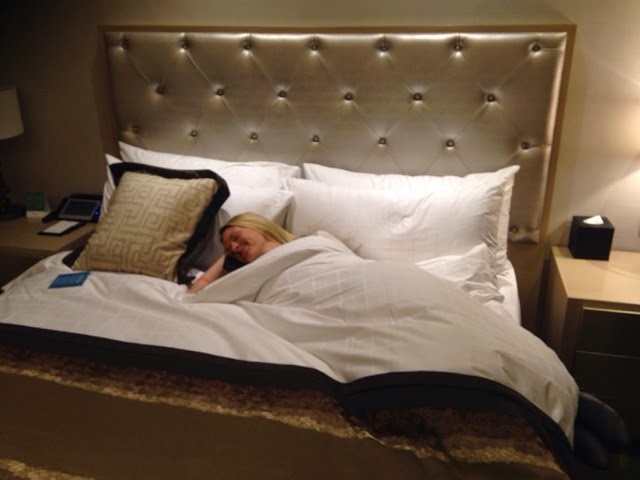 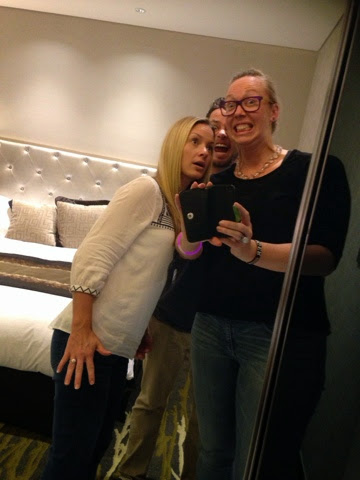 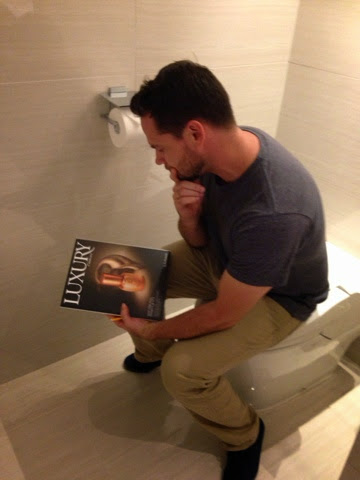 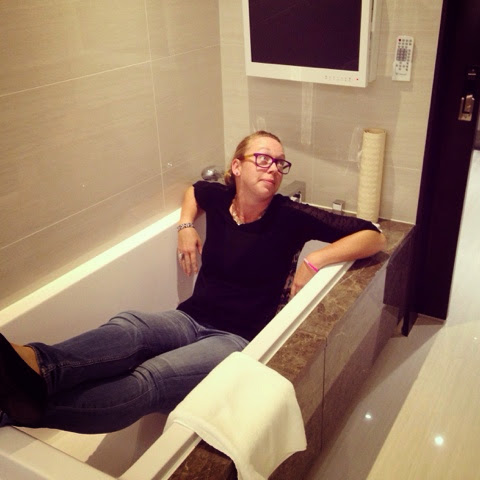 It has been 4 years of living in Songdo now.  It is amazing how much has changed here.  I often forget how far we have come in 4 short years.

When I first moved here we had no street lights that worked as we had no cars.  We had a few korean restaurants but not many businesses or foreign restaurants.  We were the only foreigners here and basically the only ones in our building complex.  We had 3 parks, with no one in them.  A few of us biked but no one else did.

All the buildings are now full, they have built more apartments and filled those too!  We not only have street lights and cars we have rush hour traffic too! We have acquired 3 new hotels including on that is in the tallest building in Korea with a lobby starting on the 37th floor.  We also have a Holiday Inn and a hotel with a wedding hall now!
We have quite a few foreign restaurants and they are actually good ha ha.  A few events from the Asian Games were hosted here in Songdo and many of the athletes stayed in Songdo.

However, today, where I had a day off and no one else did, I took a train ride and realize that although we are going we are still far outside the city....which I LOVE!

I went to commute to seoul via the train today and found my train station to be completely empty! 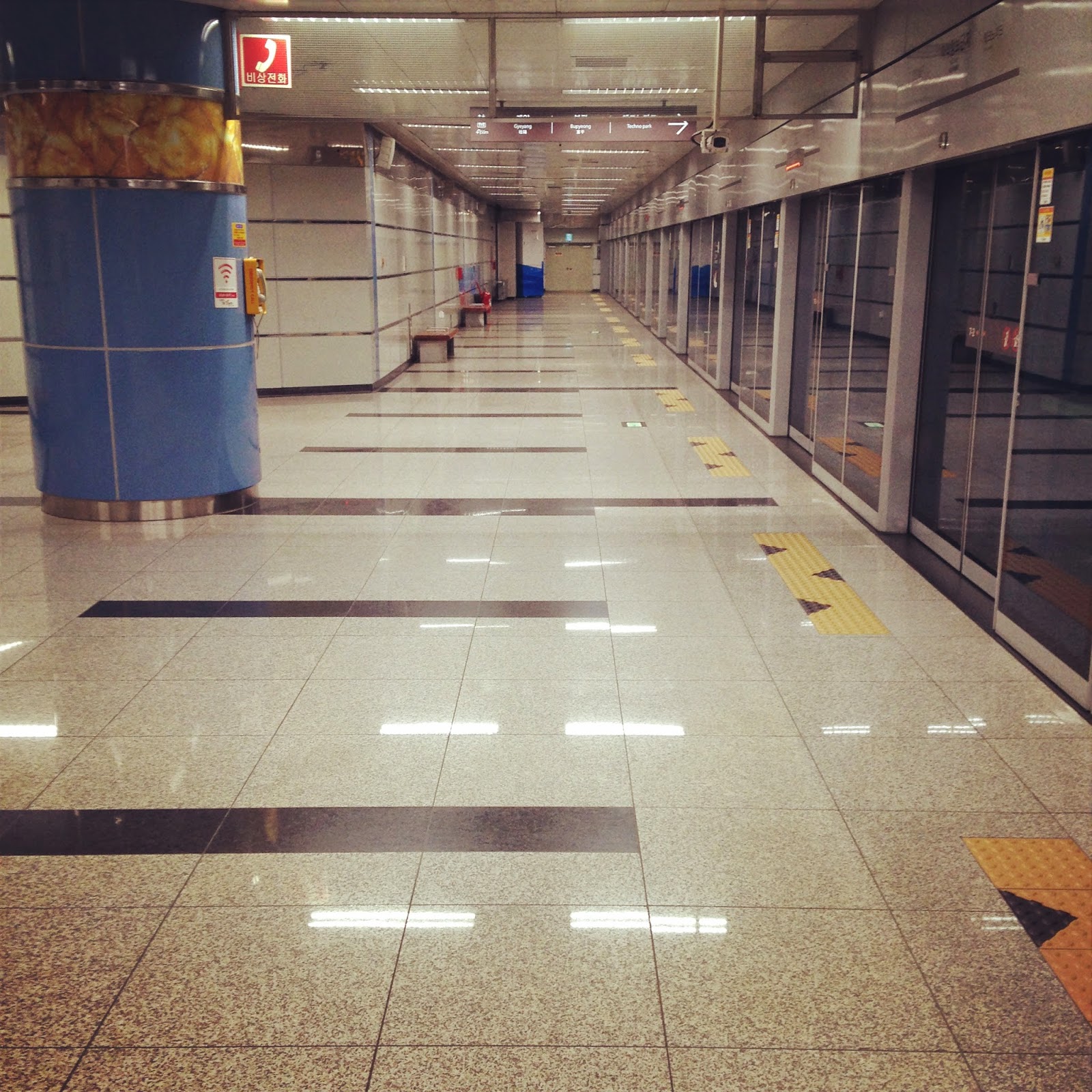 When I got on the train it was as if I lived in the North not the South as I got on an empty train.  When I sent this picture to Sue she said to lie down as this never happens.... 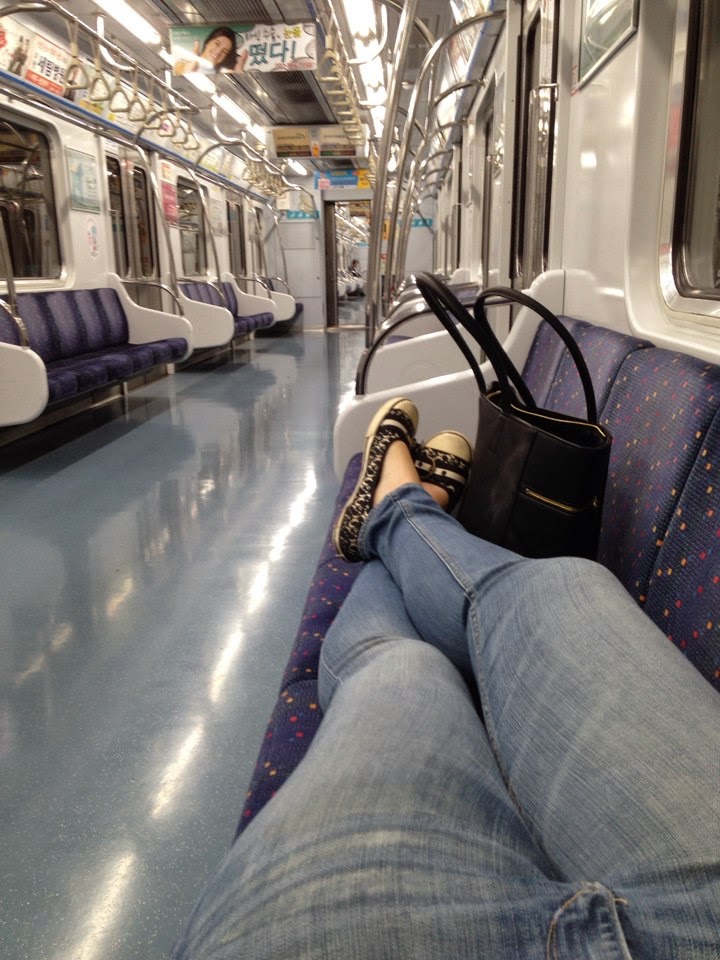 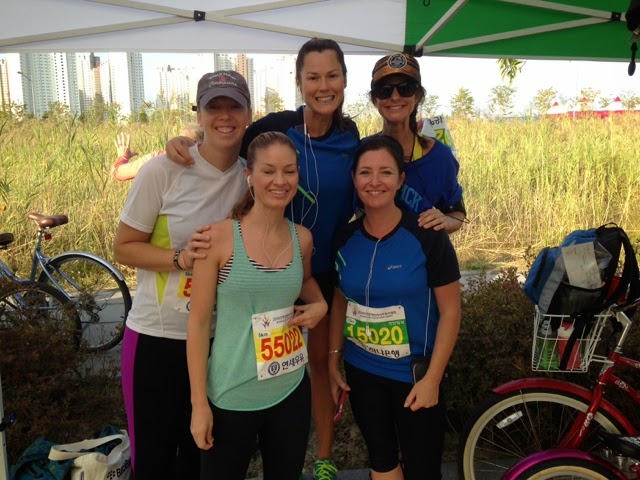 So I ran my 4th consecutive Songdo road race. Each year they do this in late September/early October and a number of teachers from our school sign up for either the marathon, half marathon, 10k or 5k. Last year I did my second 10k and was excited to sign up for my third. However I pinched a nerve in my back 3 times and was layed up instead of training.
Come sept I was ready to run and the. I came back from Boracay with a bronchial infection. If you know me (and my lungs) you know I can't run with that! Ugh so again no training. Well I just stopped my meds last week and am still on an inhaler so a 10k sounded a bit overwhelming this year. My lovely roommate has been training a lot but only signed up for the 5k so it worked out for us to switch race numbers and chips. Yay!  However I still had to run a 5k with no training, let's be honest, no exercise since July!!
Definitely did not have the confidence in my lungs but they surprised me. It wasn't easy but I ran the whole 5k with no stops and did it in 35 minutes!!! It burned but the determination not to let my lungs win pushed me through!
Yay! Small victories feel good :) 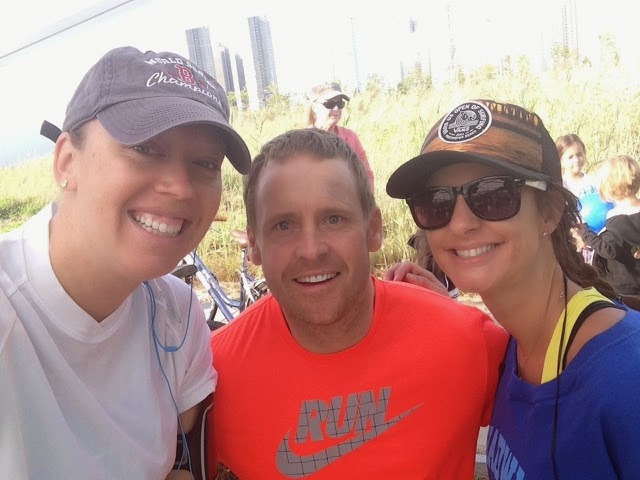 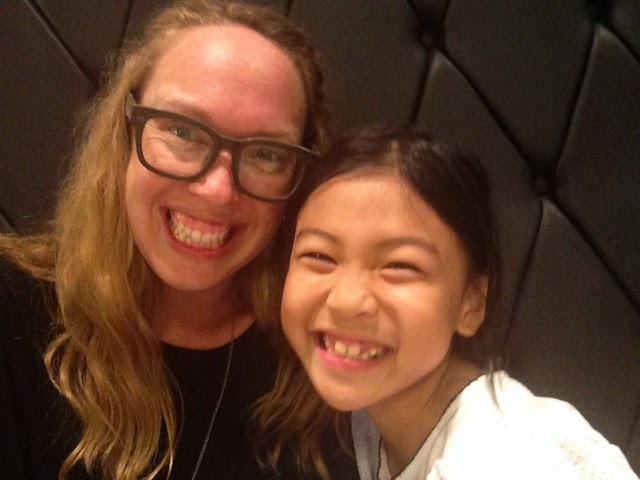 So when I left the amazing families in California I want sure I would have community like that again. It took a few years but this is one of the many family's that are not just student, parent, teacher anymore. This family in particular is a large part of my life. I meet with then about once a month to have dinner with HeeYoung and her 2 daughters. We spend the whole night laughing and then we spend another month texting until we have time to meet again.
HeeYoung has taken me (and Brian) skiing, out to eat and has even picked me up from the hospital. She makes sure I am healthy and happy. I am so blessed to find new but still wonderful Chadwick families like this one across the ocean :)
Posted by ginger.ly at 6:57 PM No comments:

Turns out this cold is kicking my butt instead of vise versa.
I am on round 2 of antibiotics and such. Still hoping to kick this!!
Posted by ginger.ly at 3:02 AM No comments:

Getting sick sucks no matter where you are but seems to suck more when you can't just call your mom to sympathize with you!
However we are licky enough to have an English speaking doctor right next to our apartment who is open on Saturdays. I came back from Boracay with a chest cold so I went straight to the doctor on Saturday.
She (a pediatrician by the way ha ha) have me a shot, then put me on a nebulizer for 7 minutes. That thing really loosens the chest!!  Then she sent me downstairs to the English speaking (thank God) pharmacist. I was given a weeks worth of antibiotics that looks like this: 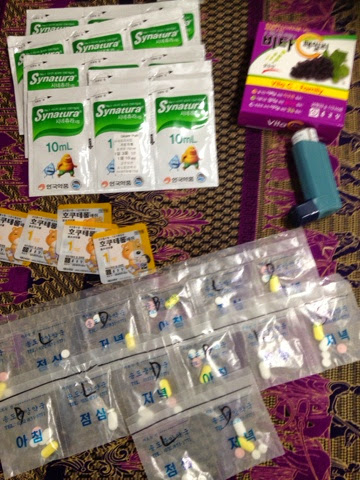 The top packets are liquid to loosen the chest. The idividual packets on the bottom are labeled BLD for breakfast lunch and dinner :) the small yellow squares in the middle are patches to wear on my chest like this: 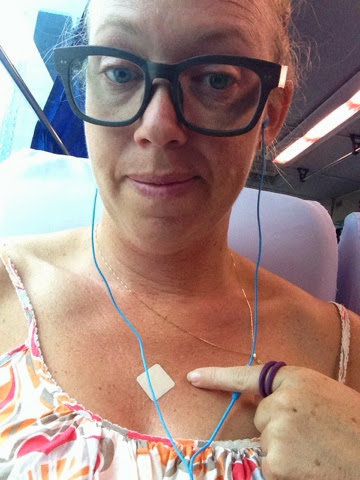 Not totally sure what it does ha ha. The inhaler is well an inhaler. And the purple is some Vit C I picked up.
Hopefully I will kick this cold Korean style!!
Oh and all of this including the visit cost me about $50!
Posted by ginger.ly at 2:12 AM 2 comments: